It has been a month since I last wrote anything consistently. Shortly before going on vacation, I stopped worrying about writing, instead focusing on getting ready for Disney and Universal Studios in Orlando. It was a big vacation, and I didn’t want my writing to interrupt quality time with family.

(Of course, as most writers would know, even if we aren’t writing, it is always on our minds.)

Upon getting back, I was assigned by my day-job to fly down to Mississippi to attend a conference. When I got there however, my trip was interrupted by events that rocked my family back home in Philadelphia. My trip to Mississippi cut short, I flew back home to Chicago, and then that following weekend, we drove to Philly to be with family. (I went over this as well in my prior post: What Happened to Me?)

Needless to say: I’ve been wrecked. My family has been exhausted. Even now, I’ve yet to fully settle back into a good routine, because this past weekend, I attended the White Oak Author Fest at their Crest Hill branch of the White Oak Public Library. More on that in a few lines… In either case, I did not get much rest. I am still drained, but it has been improving. And I am anxious to get back to the routine of creativity.

First, let me now switch gears back to the Author Fest. 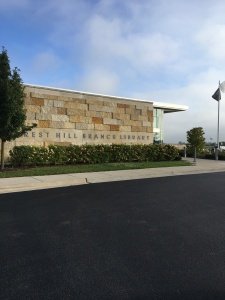 This year’s White Oak Author Fest is only the third such event that I’ve ever attended in my writing life. Each time I do this, it has gotten a little easier to handle. As I’ve written in the past, I have suffered with social anxiety for quite a long time, so the prospect of putting myself out there has been a personal struggle, despite the logic that I had no reasons to be anxious. It’s like my telling my son of my days back in high school singing and dancing in the vocal Jazz Ensemble. I stood up on stage, in a green, sequined vest, dancing and singing… you’d think I was the opposite of an introvert with high social anxiety. But for things you love and that are important to you, it is possible to shove that fear aside.

I was sat in the Langston Hughes section with other adult writers, between a former Pastor who writes kids’ books and adult thrillers (JB Jamison) and two wonderful women who each have written their stories of survival, one on cancer (Joan Aubele) and one on a hard life of abuse, homelessness, and scores of other events (Rev. Ericka Bailey). We each laughed, gasped, and enjoyed the company as we tried to wrangle readers to our tables just to get a chance to talk with them, to see if they would be interested in a story we wrote.

As lulls presented themselves, I ran out discovering other writers and talking about their stories (both their writing and their life), and I picked up as much material so that I later grab their works as I see openings in my reading… because my reading world is backed up like crazy as well.

Like many of the other writers told me, these events end up being much more beneficial for networking purposes than for selling books. I had initially gone into the event with that very mindset, not expecting to sell more than 2. (I sold 5 and traded 1. Yay!) It is good, not only to better learn to get the hell out of my own way on things, but to meet others, to learn their stories, to form friendships. I intend to give them support in the coming days/weeks/months as I work to build this network I never had before (and avoided in many ways). In fact, there were several invitations to join groups, one being an online group, that I was given. So far, I’ve only had to politely decline the groups that were a little too far away for me to travel to.

I enjoyed the experience, taking away a lot of learning, and hopefully some new friends. I will be seeking out many more of these as I go forward, looking for any I can become a part of.

As I haven’t been writing, I’ve been given the opportunity to spend much time contemplating my writing career (or lack thereof). I’ve reviewed the things I have (site, facebook page, Patreon, etc) and looked at them in a more serious manner. I’ve questioned them. Are they worth keeping? Am I spinning my wheels? Are they serving as a distraction rather than a tool?

In regards to my Patreon page, I decided unequivocally that it was a waste of my time. Now, partly that could be that I had too small an audience, but realistically, I found that I understood that it went against my goals. And the amount of work that I was starting to have to do for it was where it ran counter. It served as a distraction rather than a tool. As such, I deleted the page. It is no longer available.

My social media accounts are another matter. I am going to focus on Facebook, Instagram, and Twitter only, letting all the other accounts fall to the side, since I wasn’t active on them much anyway. I am going to work to link the three so that most of my updates between them (save Twitter) will be shared.

And then there’s my site…

I am going to work to getting back to a regular update scheme. Maybe daily, maybe every other day… just a routine. I haven’t decided on it yet, and I may not decide on it for a long time. I likely will experiment with it for some time until I can figure out what is best to handle. Consistency will be the goal. In other words, I don’t want a sporadic scheme where I keep faltering because I cannot handle the work.

This leads me into what else is going on and what the plans are.

The current story I am enveloped in is The Plagued Life of Agnes Pyle, the sequel to The Dangerous Life of Agnes Pyle. At just over 60,000 words, I am about 1/3 through the book. But while I am making progress there, I have several stories in need of heavy editing. Gravity 4, Gravity 5, Antlers, Soar, and Of Earth and Ice are all waiting for a serious overhaul. That’s FIVE (5) books that I could publish tomorrow if I wanted. And I wanted to have at least 2 of them out by now with another at the end of this month and another the next. I have been slacking to the highest degree. Even before my life went into upheaval!

Of those, a major shift in the plan is coming from Of Earth and Ice, where I initially planned a 5 part release. Instead, I am going to get the whole of the 170,000 words revised, edited, revised and edited again, then released in whole. It is why I have removed part 1 from my Amazon list.

The next few weeks will be spent trying to get my writing habits in line. Building back my daily writing habit will be the start, then getting to spend time reading and editing each day will be the next priorities.

So stay tuned as I work on these things! More events, more books, more posts will be in our future!