Like any good lessons, this all came about from failures. Much like I had done in the past, I planned far more work for myself than I was capable of handling. It meant a later-than-I-wanted release to The Colonist. Also delays in my releases that I had believed capable of producing in the coming months.

But it doesn’t mean that I have given up or that I am throwing in the towel on anything. Delays don’t mean that things won’t happen, they only mean I have to dust off and push forward.

Now, before I move into the meat of this post, I have decided to change this post a little. Instead of being strictly a writing review, I am going to make it a month in review including things like: what I am reading/what I have read. I am including music that’s inspiring me. Most popular posts, and maybe some extras. Besides writing, reading, and music, I am going to keep it fairly open. So, here it goes:

My primary writing project has been The Plagued Life of Agnes Pyle, the follow-up to The Dangerous Life of Agnes Pyle. I’ve also been working (very slowly) on September’s Patreon story, which will be released in the coming days.

Speaking of Patreon, for $1 a month, you can get access to at least one short story a month (1000 to 3000 words) as well as other fun things I’ll be working out. Admittedly, I have not put near the effort into Patreon it deserves. Like the lessons up there imply, my habits weren’t helping my cause. But I am not giving up!

Apart from that, I have been working on reviewing Gravity 4 while also helping beta-read a fellow writer’s work (check that out here – London 2.0 by Laura Freestone).

This month I finally finished “Adjustment Day” by Chuck Palahniuk. I struggled through it a little. (OK, I’ve struggle a LOT. I’ve been trying to read it since getting my advanced coping in April.) It was alright. I rated it 3 out of 5 despite my struggling to keep up interest in it. I think it was more me than the story.

Once done, I picked up “Frost” by M.P. Kozlowsky. I am 2/3rds through the story which has been very fun so far.

Also, I am working slowly through “Meditations” by Marcus Aurelius. This is a philosophy (stoicism) book from Roman times and is a thick read (not in word count but rather in ideas – meaning I have to read it in small bites to then contemplate on what is written).

Finally, I read “The Bad Guys in Do-You-Think-He-Saurus?!” In 10 minutes. It’s a kids graphic novel written by Aaron Blabey. My son has been reading them and got this one this past week. They are hilarious and a perfect slap-stick fest full of fart jokes and craziness.

I am working through an obsession with Katy Perry’s “Chained to the Rhythm.” I know, I am late to the game given that the song has been out for well over a year. 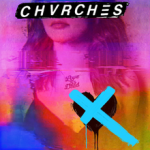 Other than that, Chvrches has been on heavy rotation for their album “Love is Dead.” They are an independent Scottish electro-pop trio. Right now, as I write this, Heaven/Hell is playing, a song that punches me in the gut.

If you aren’t familiar with Chvrches, “The Mother We Share” is a good starting point. Also, “Deliverance” from their latest album. I’ll put the videos below. They are up there in my top 3 favorite bands.

That’ll be it for now. I am going to switch over to writing more of The Plagued Life of Agnes Pyle and reviewing Gravity 4 so that I can help kick off September to be a fantastic month (save the week I am going to be on vacation where I am not expecting much, if any, writing to get done… since I’ll be in Disney).

Here’s to hoping September is a great month for everyone!

2 thoughts on “What I Wrote in August”

Poetry updates Wednesdays at 9:00am Central Time (USA). All other content random.